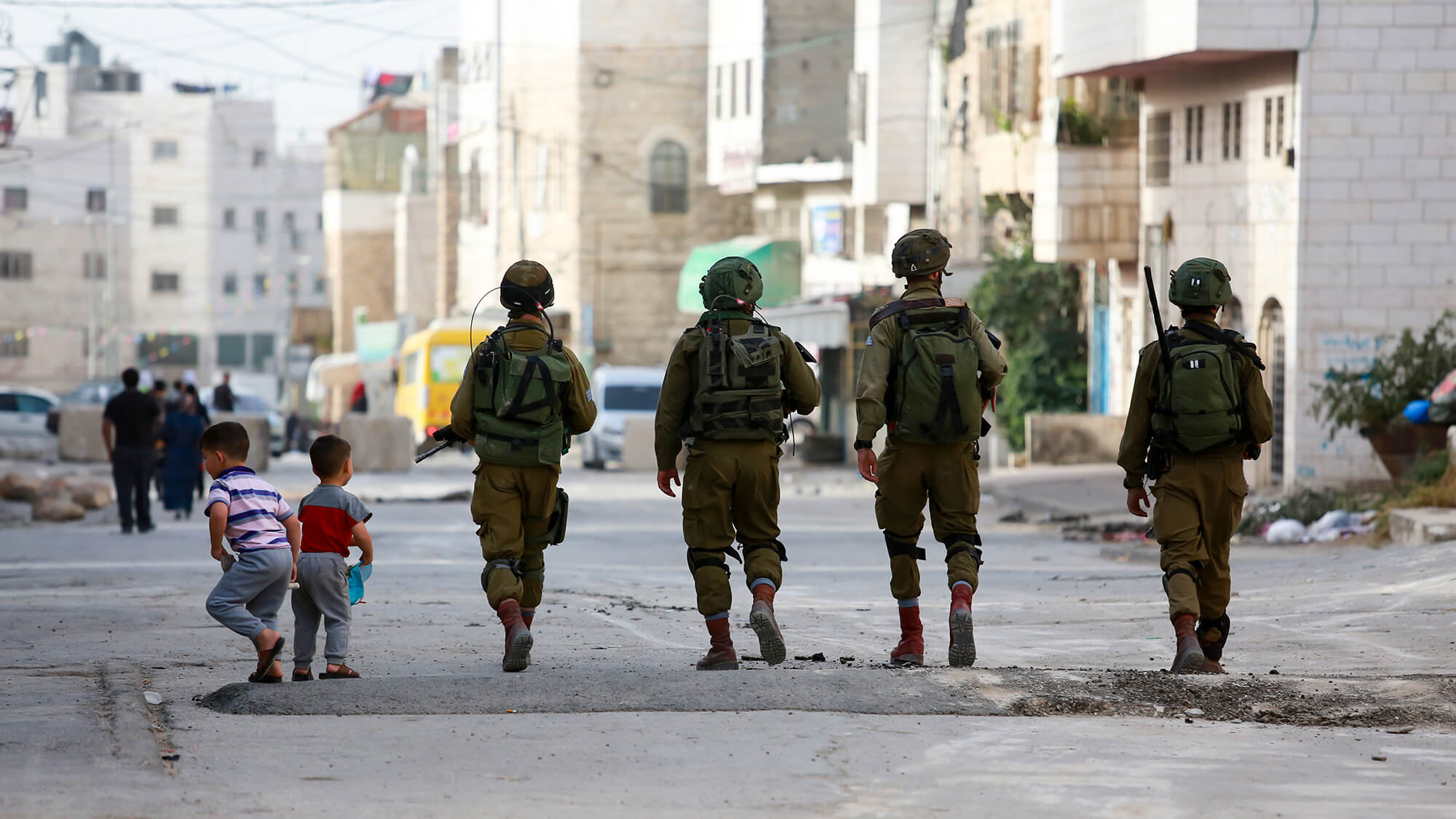 Palestinians deserve to live life to the full, as we all do, yet military control dominates their lives in every sphere.

96% of water in Gaza is unfit for human consumption

Despite recognition by the United Nations of the ‘State of Palestine’ in 2012, Palestinians continue to suffer under military occupation.

The widespread imposition of checkpoints, the appropriation of grazing land, olive groves and orchards, and the draining of the natural water supply — sold back to Palestinians at heavily marked up prices — cause daily suffering.

Livelihoods are routinely restricted by stringent import and export controls, and work permits may suddenly be cancelled without explanation. The Israeli military have the power to hold back ambulances and block entry to hospitals and universities. They control or influence almost every aspect of life in Palestine.

Palestinian student speaks about occupations under occupation from Spring Up Foundation on Vimeo.

Father works multiple jobs to support his son's education from Spring Up Foundation on Vimeo.

Many young Palestinians would like to expand their skill set or study for a profession, but are restricted due to the various conditions linked to the military occupation.
Help make their dreams and aspirations a reality:

The Felt Sense of Occupation

Palestine has been under Israel’s military occupation since 1967. Most Palestinians have been born into this, never experiencing life as free citizens. Not only does this limit their freedom of movement internationally, but their freedom within Palestine too.

East Jerusalem, annexed in 1980 by Israel, is subject to domestic law. The rest of the West Bank and Gaza is ruled by a complex variety of military laws dating back through Jordanian and Egyptian rule (1948-1967), the British Mandate (1917-1948), and all the way back to Ottoman rule (1516-1917). Obviously none of these rulers were democratically selected by the people of Palestine, and many of the laws are antiquated and unfair.

The daily life of Palestinians is profoundly affected by the decisions of the neighbouring state of Israel, and their occupying military. Collective punishment is common: agricultural lands can become a closed military zone in a moment; all roads can be closed; even entrances to towns can be shut—Hares, the neighbouring town to Deir Istiya, has a heavy yellow gate that the military can close when it feels to.

The felt presence of the inequality of occupation is clearly evident, soldiers and watchtowers seem omniscient. Yet the effects can be more hidden: Israeli West Bank settlements and their industries flourish and expand, while even Palestinian homes within their village boundaries are threatened with demolition. 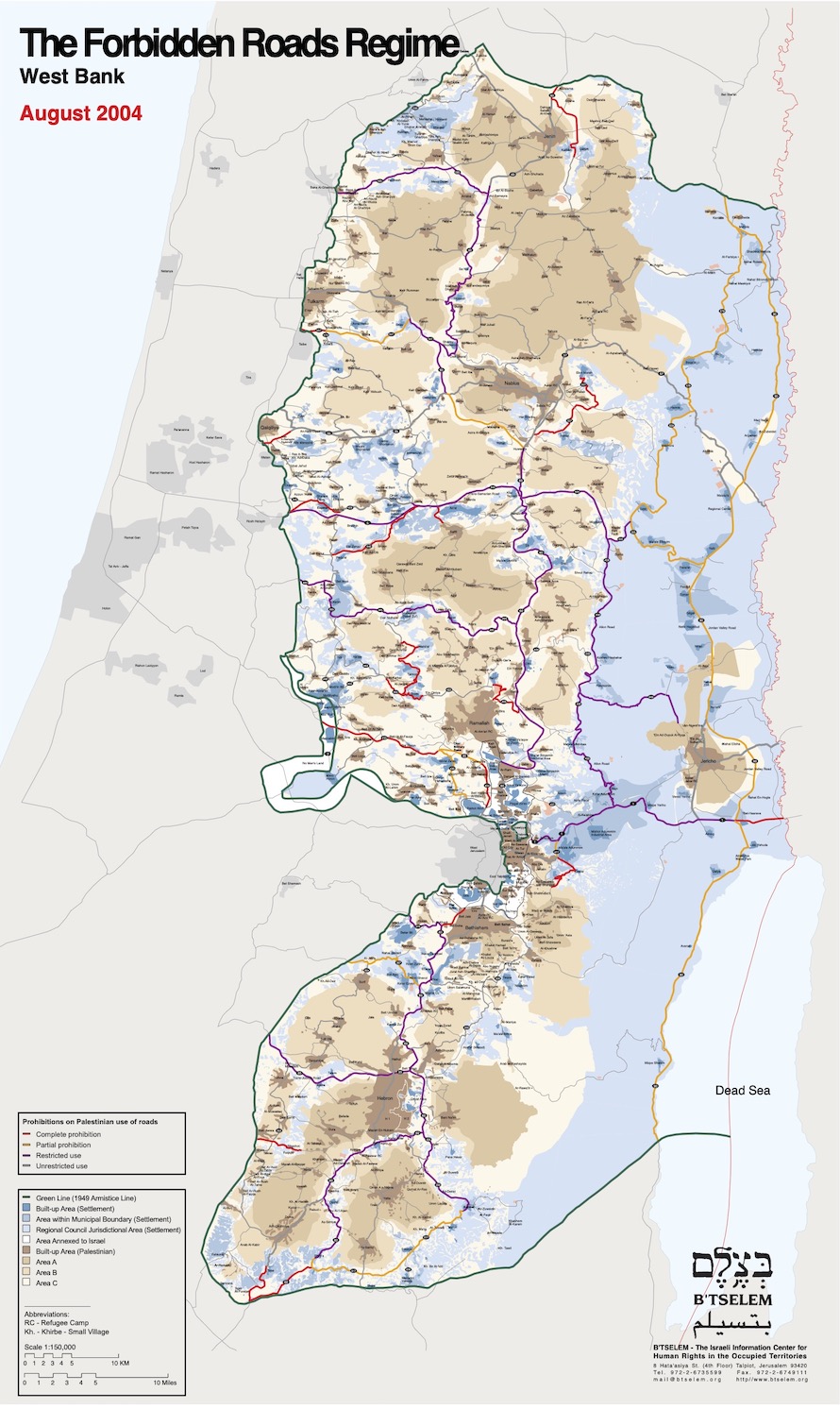 B'Tselsem 2004 map showing which roads are closed (red) or partially (yellow and purple) to Palestinians in Palestine. Click the map to visit B'Tselem's latest interative map.